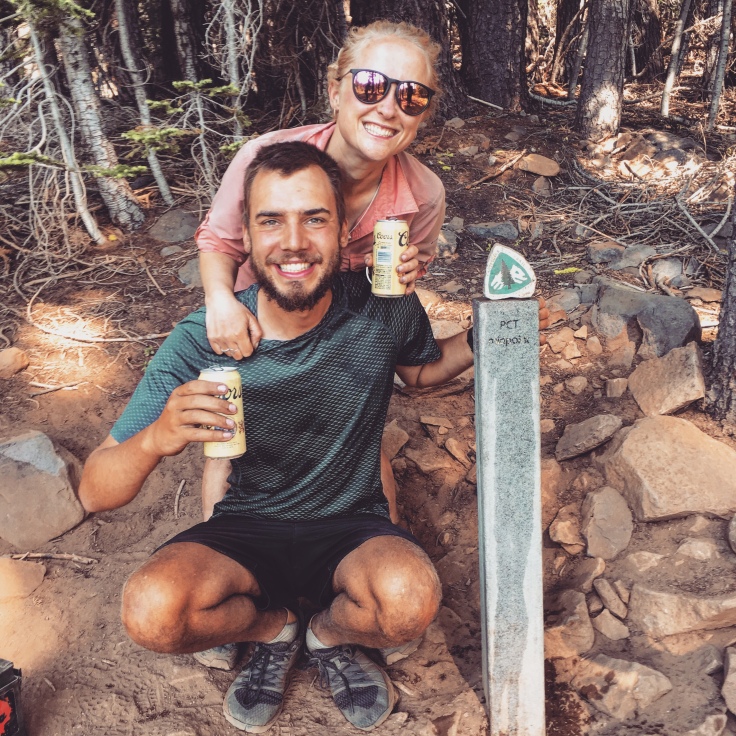 We arrived into the small town of Sierra City just in time to watch the World Cup final in a small breakfast place called Big Moose. Here we had a traditional American breakfast; a stack of pancakes with eggs and bacon.

Porsche, the Thai guy who we started hiking with in our second week, had spent a few nights here with his wife, so it was good to see him again after a couple of weeks where he had pushed ahead. Porsche’s wife also had a surprise for us. She’d gone to Walmart and an oriental shop and done our resupply. The result is we have brilliant noodles and Thai treats for the next week, making a welcome change from instant mash potato. This also saved us from having to spend a fortune at the very pricey store in Sierra City where a ramen noodle was £1 up from £0.20 normally and tuna packets would have been about £4 which is over double the normal price.

On the way out of Sierra city we realised we’d left our charger. This meant having to hitch back to the town and then back to the trail again. Joal did this alone whilst Jen continued with Porsche and on his hitch back to trail Joal was given half a watermelon. Whilst this seemed a good idea at the time, it meant carrying a very juicy melon about 2000 feet up a hill. He also ended up eating the rind as otherwise he’d have to carry this for the next 5 days.

This section involved a lot of long climbs one of which was 6000 feet uphill. The rewards are the vistas filled with pine trees stacked on top of ridges that extend for miles. One of the best views was from Lookout Rock where we saw blue tinted, rolling hills. It is also on these vistas that people start to get cell service from the closest town so we normally end up stopping here for a few minutes.

During this stretch a lot of the water was off the trail. This meant a lot of the time we were hiking .3 to .5 of a mile just to get water. In remuneration we were awarded with crystal clear chilled springs, most of which we didn’t filter as we were drinking straight from the source. We normally ended up flipping a coin to see who would go down to collect.

On the third day we got to a beautiful river for swimming. We ended up camping here so we could make the most of this. The river had a bit of a current which we used as a lazy river. This was a welcome change from the very humid weather we have been having. On some of the days the temperature reached 42 degrees, but luckily we were passing a road on this day where we could get milkshakes. 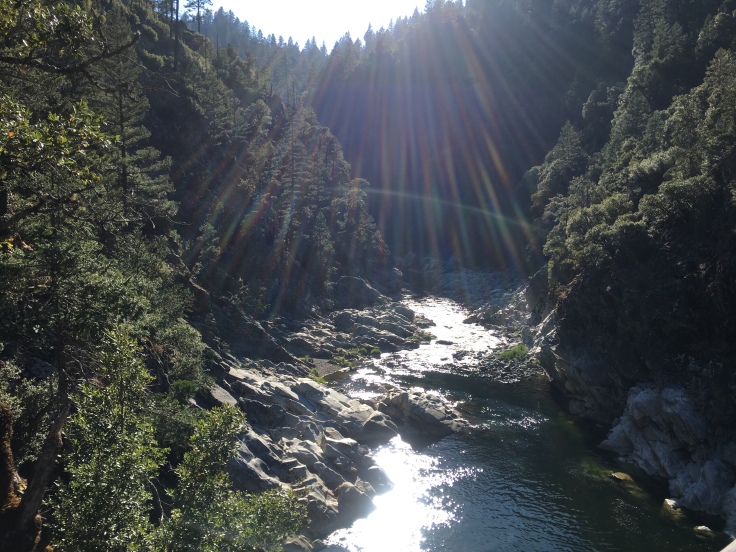 The highlight of these last 100 odd miles was getting to the halfway point. We make a point to celebrate all the main mile markers we pass and for this occasion we each brought with us a can of beer. That meant carrying a beer can from our resupply to the halfway point which was just 8 miles away from Chester. Kaleb also decided that the Lord of the Rings theme song would be a fitting tribute. It has been a tremendous effort to get this far, yet a little daunting to think we have to do it all over again.

Overall the terrain and temperature were harder than we have had to date, especially as we were averaging 22 miles a day. But getting to halfway has given us the confidence and that we can make it to Canada!